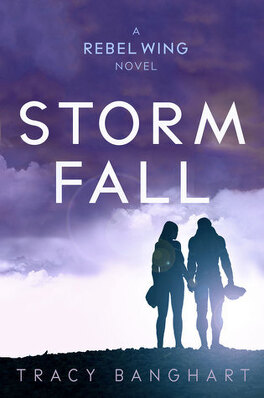 In the action-packed sequel to Rebel Wing, Aris battles for life and love . . . and not everyone will survive.

Aris Haan gave up everything to join the Atalantan Military: her family, her boyfriend, even her identity. In the end, though, it didn’t matter that she was a war hero. When the all-male Military discovered that she was actually a woman, she was sent home and erased from history.

Now she has a chance to go back to the battlefield—as herself. But as hard as it was to be a soldier in disguise, it’s even more difficult now. The men in her unit undermine her at every turn. The Safaran army has spies everywhere, perhaps even on Aris’s stationpoint. And she’s falling for her mysterious superior officer, Milek. But their relationship is forbidden, just stolen moments between training sessions and missions. There’s no room for love in war.

Then Aris discovers that Safara’s leaders have set their sights on her, Atalanta’s hero. And she must find them before they find her . . .

She would make it over those blighted mountains because she had finally found the life she wanted. A calling, a job she loved, friends she respected, and a man who appreciated her strength.