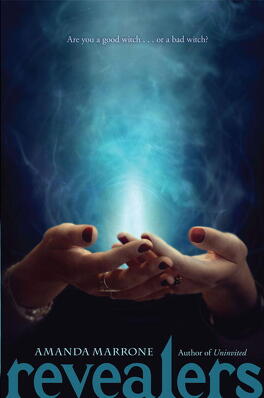 Jules has a rebellious streak, a massive crush on Connor, and the abilities of a Revealer witch. By day, she and her coven friends seem like typical high school seniors. By night, they have the power to make werewolves, vampires, and ghosts reveal themselves, so they can destroy them. It's not exactly cheerleading, but at least the girls know they're doing the world some good.

One by one, Jules's friends turn eighteen and are initiated into the coven's inner circle. And one by one, they are getting completely freaked out. Jules is the youngest, and though her friends are too scared tell her what's going on, something's clearly not right. As her birthday approaches, Jules realizes she's got to find out what's behind the shadows of her coven before it's too late to save her friends...and herself. But what she discovers may be too powerful for even the toughest witches to defeat.