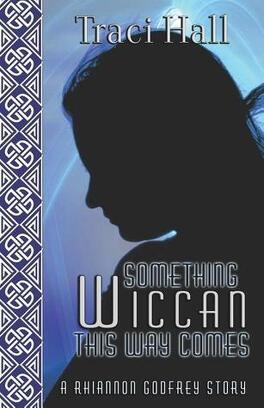 Whats a girl to do when trouble finds her at every turn? Being different is nothing new for Rhiannon Godfrey. Neither is hiding who she really is to all but a select few. So far shes managed to walk that line, but now someone is spreading rumors that the Godfreys New Age store is really a front for witchcraft, complete with cauldrons and eyes of newt. The whole town is turning against themeven Rhees boyfriend is suspicious. Then theres her ex-crush Matthew, who just showed up uninvited on her doorstep carrying a single suitcaseand a heavy secret. Rhiannon tries to be good, she really does. But its hard when trouble pounces at every turn, and her unsuccessful spells seem to prove that science is the only path to enlightenment. Hiding her gifts and running from confrontation is easier than standing up for what she believes in. But this time, theres more at stake. And the possibility she may have to find the inner strength to banish one friend in order to save another.