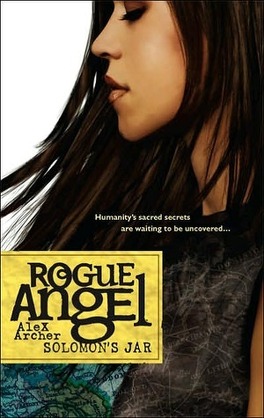 In the second installment of Alex Archer's Rogue Angel saga, which features protagonist Annja Creed (spiritual descendant Joan of Arc and her fated successor as "champion of the good"), the intrepid archeologist sets off to find Solomon's Jar, an invaluable biblical artifact that King Solomon allegedly used to entrap the numerous demons he used to build his temple in Jerusalem.

With the help of her enigmatic mentor, a centuries-old man named Roux, Creed sets off to verify if the Jar -- believed to be forever lost at the bottom of the Mediterranean Sea -- was in fact recovered. Following leads from Peru to the Netherlands to Israel to Brazil, Creed struggles to stay one step ahead of gun-toting factions (including Russian mobsters, English cultists, and the fanatical followers of a charismatic kabbalist) bent on finding and exploiting the Jar's supernatural powers. But once Creed locates Solomon's Jar, will its intrinsically evil powers influence her resolve to do God's will?