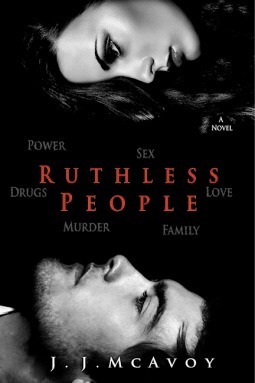 To the outside world, they look like American Royalty, giving to charities, feeding the homeless, rebuilding the city. But behind closed doors is a constant battle for dominance between two Bosses, cultures, and hearts.

Ruthless People is a romantic crime fiction set in modern day Chicago, following the life and marriage of Melody Nicci Giovanni and Liam Callahan—rivals by blood and leaders through fear. Their marriage was arranged by their fathers in hopes to end years of bloodshed between the Irish and the Italians.

Liam, next in line to lead the Irish, believes he’s getting a simple-minded wife, one he can control, one who bends to his every need . . . the complete opposite of Melody. Bred to be a Boss, a world-class marksman, master of disguise, with no mercy and no fear. Twenty-four years later, she has achieved more than any man could even dream of, killing anyone who steps in her way. She knows exactly what type of man Liam is, and she would rather die than give up the power she has spent her whole life building. But with no other family left, she must not only learn to work with Liam, but the whole Callahan clan.

The Mafia of the past is evolving, and with rival bosses gunning for them, Melody and Liam will have to figure out how to work as one to take down those who stand in their way, all while keeping up appearances.

Power, Family, and Respect are everything.

When did you take out my fucking CD?” Mel snapped at me as she drove faster.

“Your taste in music is shit, love.”

“Just because I don’t like that fucking classic and old school hip hop crap, doesn’t make it shit.”

“All those artists are auto-tuned anyway. I like real music,” I said, turning it up just a little bit louder to drown out the screams.

“What the fuck is this?” She glared at the radio.

“MC Ren,” I said, and she just stared at me. Smirking, I began to rap along with it, causing her eyes to widen before she broke out in a fit of laughter.

“You are a pale-ass white kid from Chicago Elite. You are not allowed to try to rap this.”