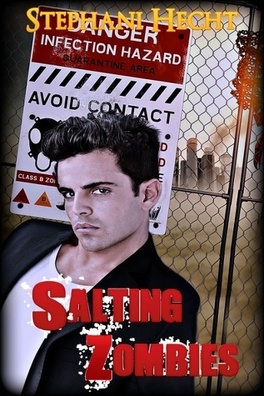 To love or to eat—that is the question

Avery Lyons has a problem. He’s fallen head over heels for Christian. Christian’s not just any guy, however, but someone who died in 1984 and has just recently been brought back to life. But they say you can’t pick who you love and that’s true, even if that special somebody is a zombie. To be fair though, Christian is the only zombie who has a soul instead of a mad craving for a human smorgasbord. Still he does like to bite. On the run from the nefarious organization, BOKOR and a bunch of evil zombies, Christian and Avery join forces with a rat-tag group of rebels. Even as they continue to fight for their lives, the men grow closer together. But is Christian as good as he as appears, or is he just another brain-munching zombie waiting for the opportunity to attack?