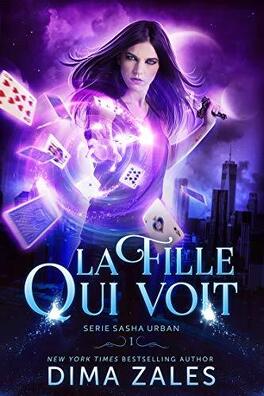 “Like that dreamy guy on the TV show?” The makeup girl adds another dash of foundation to my cheekbones. “I always wanted to do his makeup. Can you also hypnotize and read people?”

I take a deep, calming breath. It doesn’t help much. The tiny dressing room smells like hairspray went to war with nail polish remover, won, and took some fumes prisoner.

“Not exactly,” I say when I have my anxiety and subsequent irritation under control. Even with Valium in my blood, the knowledge of what’s about to come keeps me on the edge of sanity. “A mentalist is a type of stage magician whose illusions deal with the mind. If it were up to me, I’d just go by ‘mental illusionist.’”

“That’s not a very good name.” She blinds me with her lamp and carefully examines my eyebrows.

I mentally cringe; the last time she looked at me this way, I ended up getting tortured with tweezers.

She must like what she sees now, though, because she turns the light away from my face. “‘Mental illusionist’ sounds like a psychotic magician,” she continues.

“That’s why I simply call myself an illusionist.” I smile and prepare for the makeup to fall off, like a mask, but it stays put. “Are you almost done?”

“Let’s see,” she says, waving over a camera guy.

The guy makes me stand up, and the lights on his camera come on.

“This is it.” The makeup girl points at the nearby LCD screen, where I have avoided looking until now because it’s playing the ongoing show—the source of my panic.

The camera guy does whatever he needs to do, and the anxiety-inducing show is gone from the screen, replaced by an image of our tiny room.

The girl on the screen vaguely resembles me. The heels make my usual five feet, six inches seem much taller, as does the dark leather outfit I’m wearing. Without heavy makeup, my face is symmetric enough, but my sharp cheekbones put me closer to handsome than pretty—an effect my strong chin enhances. The makeup, however, softens my features, bringing out the blue color of my eyes and highlighting the contrast with my black hair.

The makeup girl went overboard with it—you’d think I’m about to step into a shampoo commercial. I’m not a big fan of long hair, but I keep it that way because when I had it short, people used to mistake me for a teenage boy.

That’s a mistake no one would make tonight.

The TV guy switches the screen back to the live feed of the show. I can’t help but glance there, and my already high blood pressure spikes.

The makeup girl looks me up and down and wrinkles her nose minutely. “You insist on that outfit, right?”