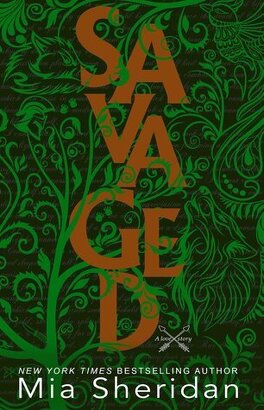 When wilderness guide, Harper Ward, is summoned to the small town sheriff’s office in Helena Springs, Montana, to provide assistance on a case, she is shocked to find that their only suspect in the double murder investigation is a man described as a savage.

But the longer she watches the man known only as Lucas, on the station surveillance camera, the more intrigued she becomes. He certainly looks primitive with his unkempt appearance and animal skin attire, but she also sees intelligence in his eyes, sensitivity in his expression. Who is he? And how is it possible that he’s lived alone in the forest since he was a small child?

As secrets begin to emerge, Harper is thrust into something bigger and more diabolical than she ever could have imagined. And standing right at the center of it all, is Lucas. But is he truly the wild man he appears to be? A cold blooded killer? An innocent victim? Or a perplexing mix of all three?

Harper must find out the answers to these questions because the more time she spends with him, the more she risks losing her heart.