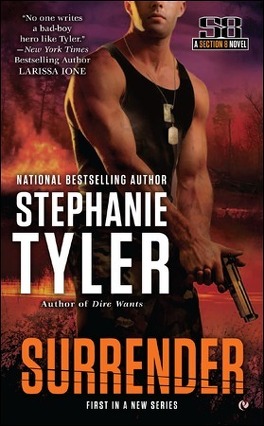 For former Navy SEAL Dare O’Rourke, Section 8 was legendary. The son of one of its missing members, he grew up in the shadow of its secrets. All he knew was that it was a cabal of operatives discharged from branches of the military and reassigned to extremely dangerous, off- the-books international missions. And that their handler was as shrouded in mystery as the missions themselves.

Now the handler of Section 8 has given orders to kill any remaining members, along with their families. Dare must save his long-lost half sister, Avery, whom he was never meant to meet. Determined to fight for their lives and find their missing father, Dare and Avery bring together for one last mission those who are in danger because of their relationship to Section 8—to avenge their families and to survive.