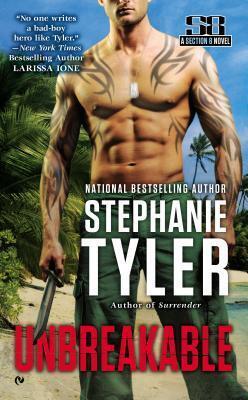 A cabal of operatives with dangerous pasts teams up to work black ops missions. Their weapon: deception. Can they help one of their own before he goes too far?

When Gunner agreed to help Section 8, he didn’t realize he’d be pulled back into the shadowy world he thought he’d escaped forever. The son of double agents, he was initiated at a young age into the cold world of espionage when his father forced him to work for international smuggler Drew Landon. And when Gunner’s past with Landon threatens the other mercenaries, and, most important, Avery, he makes an impossible choice…and disappears.

Avery’s not willing to give up on Gunner. The attraction between them has been there from the start, and she rallies Section 8 to help him. She knows there’s only one way to keep Gunner safe: fake his death and take him off the grid. But when she finally locates him, Gunner is a changed man, harder, more desperate, and on the edge of self-destruction. And only Avery can find a way to free him from Landon—and from the demons of his past—before it’s too late.