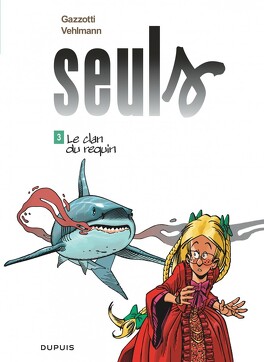 After realizing that their city, although completely deserted, was still full of dangers, Dodji, Leïla, Camille, Yvan and Terry left the city aboard an old double-decker bus. Pursued by a pack of stray dogs, they find refuge in an old amusement park where dozens of children their age live, who welcome them warmly.

But at the head of this clan, there is Saul: an obsessed with the law of the strongest, a passionate admirer of the Third Reich, who has decided to reconstitute a mini-society based on very authoritarian and very macho laws. And to establish his legitimacy as a chef, Saul does not hesitate to recall his exploit: he is the only one to have dared to cross the gigantic aquarium where a huge white shark swims!

For the rebels that are Dodji and Leïla, things will very quickly go wrong and the heavenly life will turn into a nightmare...