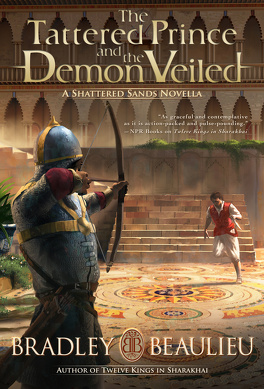 Brama was once a thief who dreamed of riches. Now he’s the Torn Man, a broken soul who could have all the riches he wants, except he no longer yearns for it. He’s chosen instead to live in the poorest quarter of Sharakhai with the very creature who tortured him mercilessly, a powerful ehrekh known as Rümayesh.

Brama’s life changes forever when he stumbles across a woman named Jax, an intriguing young foreigner fleeing assassins from her homeland. Brama has feared to use Rümayesh’s power, but asks her now to help save Jax from her fate. Rümayesh, who seems curiously fascinated by Jax, agrees.

Brama has little time to wonder over Rümayesh’s sudden and unexpected interest, for his fate soon becomes entangled with Jax’s. As a drug lord learns of Brama’s sapphire, and the assassins close in, Brama fights to save Jax, preventing him from focusing on what may be the biggest threat of all: Rümayesh herself.