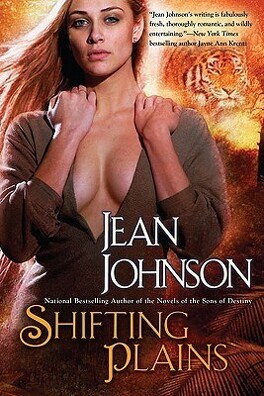 Centuries before the time of the Sons of Destiny, a female shapeshifter became the leader of the people of the Shifting Plains...

Tava Ell Var never really knew her mother, but she did know her tragic fate at the hands of a band of cruel shapeshifters-a history set down by Tava's father as a warning about life on the Shifting Plains. But after her father is murdered, Tava encounters a Shifterai warband fighting to rid the Plains of the terrorizing bandits

Shifterai leader Kodan Sin Siin is sympathetic to Tava's suffering, but he's determined to bring the wary young woman to the Plains. Because he knows her secret: She, like he and his men, is a shapeshifter. Once she joins them, he knows that she will see for herself the true fate that awaits her on the Plains, and most of all, lose her fear of his people. And, in time, he knows she will find her place is in their fight-and by his side.