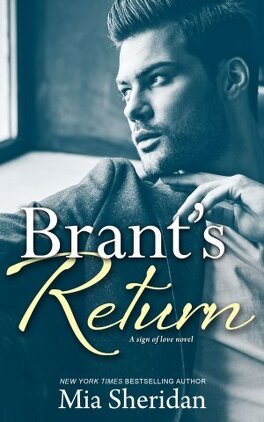 A stunning, heartfelt new stand-alone by New York Times best-selling author Mia Sheridan.Brant Talbot runs a glitzy network of high-end bars in New York City, enjoying all the benefits of the lavish lifestyle he's worked so hard to achieve. When he learns that his estranged father is dying, he must return to his family's Kentucky horse farm - and to a past he thought he left behind. While facing long-buried truths, he collides with his father's secretary, Isabelle Farris. Despite his undeniable attraction to the beautiful, independent young woman, he sees secrets in her eyes and believes she has designs on Graystone Hill. Now the one woman he can't afford to trust is about to become the one he can't let go.