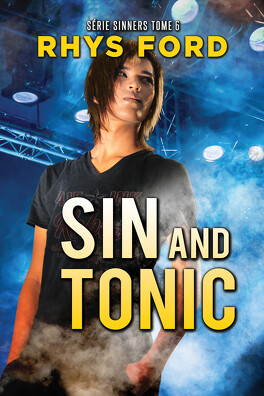 KANE, TRYING to get soap bubbles out of Miki’s hair:

So let me get this straight, the dog reeked so you decided to give him a bath. In my parents’ downstairs bathroom. Before they got home from church.

Miki, disgruntled: Yeah. Asshole found a pile of crap in the bushes. Someone took their diseased rhino out for a walk and it took a shit right where Dude could find it. Now it’s all over the tub, the dog’s somewhere in the house, still half-covered in rhino poop, and I swear to God, he looks like cotton candy. The damned shampoo turned him pink.

Kane: It’s a house of redheaded women. They’ve got stuff to keep their hair red, especially in the summer when the sun bleaches it out. You don’t use it on the dog.

Miki: Well, I did. Now my dog looks like a goddamned carnation and I smell like rhino. And I swear to God if you laugh at me, you better sleep with one eye open, K.

Kane: Well, a ghra, it’s kind of hard not to laugh, because unless we can somehow strip this out of your hair, your dog’s not the only one who’s pink.