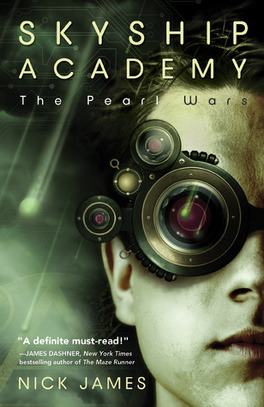 A devastated Earth's last hope is found in Pearls: small, mysterious orbs that fall from space and are capable of supplying enough energy to power entire cities. Battling to control the Pearls are the Skyship dwellers--political dissidents who live in massive ships in the Earth's stratosphere--and the corrupt Surface government.

Jesse Fisher, a Skyship slacker, and Cassius Stevenson, a young Surface operative, cross paths when they both venture into forbidden territory in pursuit of Pearls. Their chance encounter triggers an unexpected reaction, endowing each boy with remarkable--and dangerous--abilities that their respective governments would stop at nothing to possess.

Enemies thrust together with a common goal, Jesse and Cassius make their way to the ruins of Seattle to uncover the truth about their new powers, the past they didn't know they shared, and a shocking secret about the Pearls.