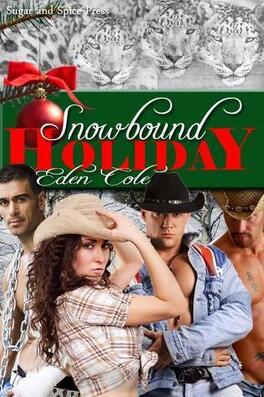 Evie figures she’ll get through the next three days in her old hometown with no problems. Get in and get out, then get on with her life. But Evie’s childhood buddies have been waiting for their mate to return. Now that Evie’s all grown up, snow leopard shifters Dane, Evan, and Joel figure it’s time to claim the one they’ve waited sixteen years for. The guys won’t let her go until she understands that pleasure begins in the arms of the three men that love her most. But will they convince Evie to let go of past hurts and embrace what they have to offer?