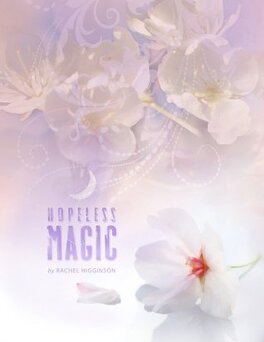 After returning home from Romania, and successfully saving her best friend Lilly, Eden Matthews must now come to terms with her future as an Immortal. She is in love with the Crowned Prince, but he is betrothed to someone else.

Her family desperately wants her to join their rebellion, but that would mean fighting against her one, true love, Kiran Kendrick. She must fight off assassins that want her dead, an Immortal rite of passage that takes her to India and a deadly disease that no one has thus far survived. Danger seems to lurk around every corner as Eden Matthews struggles to keep her true identity a secret and protect those that she loves.

Eden must find a way to be with Kiran, or turn her back on him forever and fight to save her people. Hopeless Magic is the second installment of the Star-Crossed series.