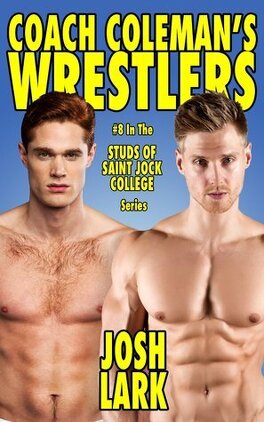 Jed and Dale are Coach Coleman's two best wrestlers, but they're always picking fights with each other in the locker room. When Coach has to choose just one of them to send to the championship, tempers get heated between the two muscular college studs. Unsure which of them to choose, Coach can either make the tough decision on his own, or he can bring the two young men down to the mats in just their underwear and have them put on a show to impress him. And if there's one way to impress Coach Coleman, it's by showing him just how heated two sweaty nearly naked wrestlers can get...

Enjoy each story separately, or save over 60% off by buying one of the hot box sets today.