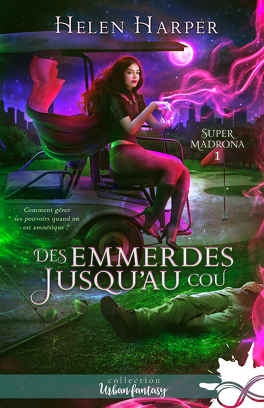 It’s one thing to wake up outside in the middle of the night with a decapitated man for company. It’s another to have no memory of how you got there - or who you are.

She might not know her own name but she knows that several people are out to get her. It could be because she has strange magical powers seemingly at her fingertips and is some kind of fabulous hero. But then why does she appear to inspire fear in so many? And who on earth is the sexy, green-eyed barman who apparently despises her? So many questions ... and so few answers.

Be warned. This is book one of a new laugh-out-loud urban fantasy trilogy that encourages snorts and sniggers, and which contains an edge of your seat cliffhanger!