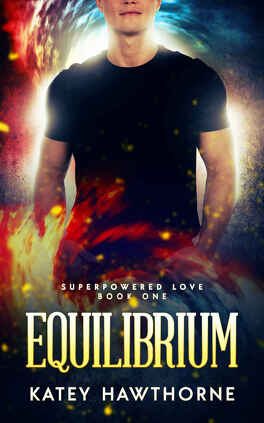 Econ student Hansen Marks has been hot for Sam MacLeod since they first bonded over their secret superpowers--literally hot, since Hansen can produce fire from thin air. But soccer star Sam was always covered in girls, so Hansen kept his attraction in the closet and convinced himself that "best friends" was better than nothing.

When Sam's electrical powers freak out in public, Hansen has a sinking feeling they've been spotted by unfriendly eyes. While dealing with the fallout, Sam's emotional dependency on Hansen forces their mutual attraction to the surface. Even after they give in, Hansen is afraid to admit he's in love. Sam doesn't really like guys, he's just feeling vulnerable...right?

Just as their nights are heating up, it becomes clear Sam's electrical explosion was seen, and now someone has it in for both of them. They'll have to save each other, both from the haters and from their own fears, if they want to maintain equilibrium.