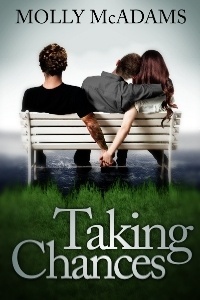 Eighteen year old Harper has grown up under her career Marine of a father's thumb. Ready to live life her own way and experience things she's only ever heard of from the jarheads in her father's unit; she's on her way to college at San Diego State University.

Thanks to her new roommate, Harper is introduced to a world of parties, gorgeous guys, family and emotions. Some she wasn't expecting yet, and others she never knew she was missing.

She finds herself being torn in two as she quickly falls in love with her boyfriend Brandon, and her roommate's brother Chase. Covered in tattoos, known for fighting in the Underground and ridiculously muscled...they're exactly what she was always warned to stay away from, but just what she needs. Despite their dangerous looks and histories, both adore and would do anything for Harper, including stepping back if it means she's happy.

Her first year away is turning out to be near perfect, but one weekend of giving in to heated passion will change everything.