Tales of the Latter Kingdoms, Tome 4 : Ashes of Roses 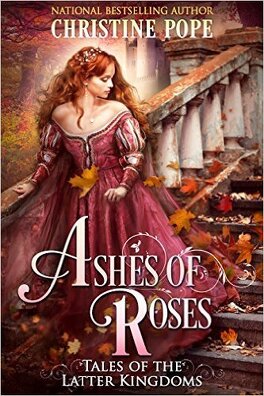 Tales of the Latter Kingdoms (4 livres)

The Emperor of Sirlende finds himself without a bride when his betrothed, a princess of a neighboring kingdom, dies unexpectedly in a terrible accident. Weary of the unacceptable but "royal" alternatives his advisors suggest, he instead decides to take matters into his own hands. All ladies of gentle birth between the ages of eighteen and twenty-two are invited to five days of grand feasts, hunts, tournaments, and balls so the Emperor might choose the lady of his heart, and not an unknown foreign princess.

Ashara Millende was born the only daughter of a landed gentleman, but had her inheritance stolen from her by her unscrupulous stepmother. A servant in the house that should have been hers, she dreams of escaping the drudgery of her life and finding someone who will love her for who she truly is. She is offered assistance by a woman hiding a few secrets of her own, a woman who will give Ashara the chance to win her heart's desire — if only she is bold enough to take the first step.

The story of Cinderella takes on fresh new life in this retelling, set in the world of the Latter Kingdoms.

Tales of the Latter Kingdoms, Tome 4 : Ashes of Roses