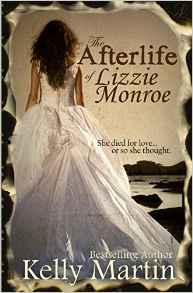 If Shane Davis had it to do over again, he wouldn't have gone out that night. He wouldn't have burned down the church. And he sure wouldn't have taken the annoying dead girl home with him. Now that Shane has her, he has no idea what to do with her. He can't release her into the "wild" because people will recognize her (being a hundred and fifty year old town 'legend' will do that). He can't send her away because she can't take care of herself yet. And she can't stay because if people find her, they'll know he burned the church. Being eighteen now, Shane definitely doesn't want that fact coming out. Unbeknownst to Shane, someone has figured out the girl's secret and will do anything to get it for himself... even kill the girl who isn't so immortal after all