The Algae Voices of Azule, Tome 1 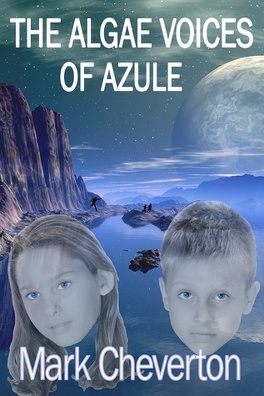 The Algae Voices of Azule (3 livres)

The Algae Voices of Azule chronicles a day in the life of a set of twins, Billy and Ali, both ten years old. They have psychic powers, which is not something out of the ordinary on their planet, Azule. In fact, many people are psychic on Azule, most hiding their abilities from the dictatorship that rules this planet. Billy and Ali, however, will be forced to decide if they should use their psychic powers, their Gifts, to save someone from a fate worse than death, a choice that may damn them to the same destiny. They’ll be hunted by the dreaded Inquisitors, chased through the waterfront and docks of Azule City, and forced to hide for their lives. The twins will use everything they know to escape the Inquisitors and save themselves, but when they learned a loved one is in trouble, and only they know how to save them, they will have to make a choice that may damn them forever. Billy and Ali will learn the about the consequences of choice and how cold and terrifying sacrifice can be. You won’t be disappointed.

The Algae Voices of Azule, Tome 1