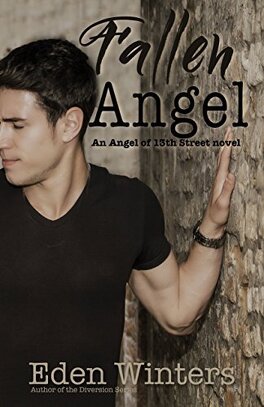 Ten years of rescuing lost youth from the streets wear a man out, and Noah Everett buckles under the pressure of being "The Angel." What began as a two-man mission is now going corporate, meaning rules, regulations and inexperienced volunteers needing guidance in a field Noah makes up as he goes along. On top of this, his latest prospective rescue doesn’t seem to go to plan. Is he losing his touch? Normally he’d turn to his mentor, Doc, in times of trouble, but the old man's strength isn't what it used to be. Noah’s lover would be the next most obvious choice to share this burden with, but Jeremy Kincaid is about to leave for college. After all Jeremy's endured to achieve this goal, Noah won’t stand in his way, even though he fears losing the man to the joys of student life.

Jeremy may be young and caught up in his own fights, but he's not blind to Noah’s plight, and now questions his own choices. Four years at State with a full ride will launch his future, but his present includes Noah--and a meth addict who’s become Jeremy’s own personal mission.

When a physical attack sends Noah spinning out of control, Jeremy must reevaluate his life and plans before the man he knows and loves disappears forever.