The Beatles: The Biography 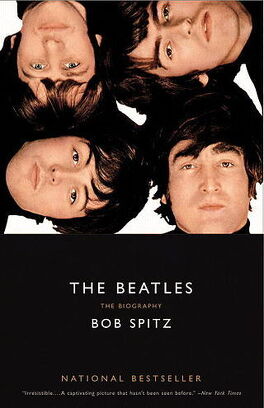 As soon as The Beatles became famous, the spin machine began to construct a myth--one that has continued to this day. But the truth is much more interesting, much more exciting, and much more moving.

The Beatles: The Biography

Although the band was stalled, it did nothing to brake the speed at which John and Paul’s relationship was developing. The two boys spent part of every day together, talking about music. Often, after school or on the errant day off, John would invite Paul back to his house, in Woolton, where they would hole up in the tiny front bedroom, smoking and playing records. Out from under Mimi’s watchful eye, they would sit cross-legged on the bed, running down bits of lyrics they’d memorized in an attempt to piece together an entire song, working a new chord into their slight repertoire. “We spent hours just listening to the stars we admired,” John recalled. “We’d sit round and look all intent and intense and then, when the record had ended, we [sic] try and reproduce the same sort of sounds for ourselves.” Paul’s pet expression for it—“just bashing away”—seems appropriate; they found ways to play songs using what little they knew about chord structure or technique. Other days they’d meet outside the art college and take the no. 86 bus together all the way out to Forthlin Road. During the week, while Jim was away selling cotton, they had the run of the house. Alone in the sun-filled living room—John on the chintz-covered sofa, and Paul curled into an easy chair at its side—they poured out all their big dreams: the kind of band they envisioned putting together, the musical possibilities that lay in store, the great possibilities if they worked. John talked, in fact, about playing serious gigs, even making records. Anyone eavesdropping might have written off these plans as teenage fantasies. Still, other teenagers had somehow pulled it off: Gene Vincent, Buddy Holly, the Everly Brothers, Chuck Berry. Sure, they were all Americans, but that had to change sometime.