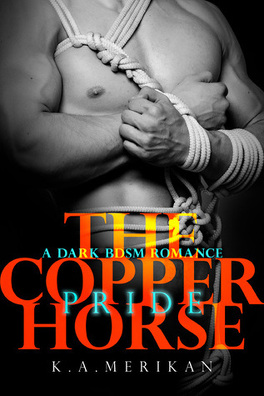 1907, twenty years into the zombie Plague

After being kidnapped into slavery by a powerful crime family member - Erik Dal, Reuben is slowly adjusting to his new life. He is now Copper, Erik’s proud stallion, serving in any way his master might require - from pulling a cart, to pleasures in the bedroom. But his journey has only begun, and as he becomes increasingly attached to Erik, his devotion will be evaluated. From getting bred by another owner’s stallion to Erik marking him for ever, each of Reuben’s decisions makes him more of a pet and less of a human.

Becoming Erik’s horse isn’t just about getting pampered, wearing hooves and tack, or providing the master with pleasure. It becomes a violent game of prize and punishment, but when Reuben understands he too has leverage - Erik’s attachment to him - he becomes an active player in the negotiations of his stay at the mansion. But with his master’s grand annual birthday party approaching, his loyalty will be tested like never before, and the tasks he is to perform might prove too much.