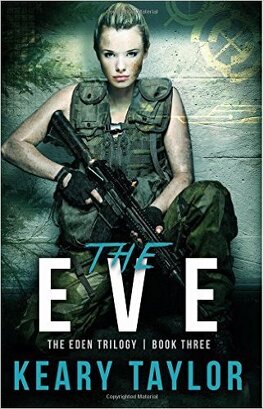 This was the threshold.

I had to let go of my previous role as protector, and step into my new one as mankind's last hope.

Once upon a time there was an intelligent, beautiful young woman. Her hair was blond, her eyes a cross between gray and blue. She had sharp features and a small but strong frame. But her intelligence outweighed all else. She excelled in the field of science. She studied hard in school and then she secured the job she had always dreamed of.

She was helping to save the world. They were engineering a technology that was going to save and improve so many lives. She believed in what she was doing.

There was a boy, outside of work. Whether it was like, lust, or love, she wasn’t entirely sure. Sometimes he was there, most of the time he wasn’t. Then she found out she was pregnant with twins.

This did not hinder her work. For a while. She told no one at first, kept it a secret so as not to risk losing her job. But eventually her stomach grew disproportional to the rest of her body. Everyone found out. And while she was scolded and looked down upon by some people, she kept her job. She kept working towards what she believed in. She had worked so hard to see this dream actualized.

There were complications with the pregnancy. Her blood pressure was too high, she was swelling. Things were happening too early. She shouldn’t have kept the babies; that was what she was told. But those babies were all she had in this world. She had no siblings of her own, her parents were long gone, and the father was out of the picture, this time for good.

So she kept those babies, let them grow inside her.

Their arrival was early and brutal. There was blood, there were tiny pink and blue slimy bodies.

The mother took her last gasping breath as she saw her two daughters for the first and only time.

She was laid to rest not far from the place she had dedicated her life to and the babies were watched over at all hours.

One baby, though small, seemed healthy.

The other, it seemed, would not live past her first week.

Her lungs couldn’t function. They were underdeveloped and weak. Her heart couldn’t pump fast enough to keep up with the demands of the world outside the womb. Each and every day she grew weaker.

But a Man of Science, one the child’s mother had worked with, had been watching her, knowing he had to do something to help. He had an answer but it had yet to be approved, to be cleared for official testing.

He couldn’t just let the tiny child die though.