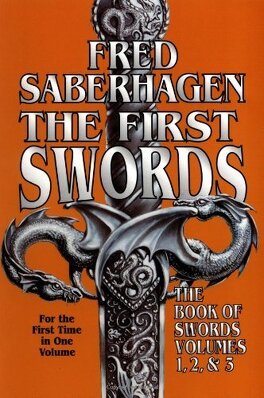 Fred Saberhagen's Book of Swords novels have captivated fantasy readers for more than a decade. Here, now available in one volume, are the three books that started it all.

For a game the gods have given the world twelve Swords of Power so that they might be amused as the nations battle for their possession. But Vulcan the Smith has had his own little joke: the Swords can kill the gods themselves. What started out as Divine Jest has become all too serious as the gods fight to recover the Swords, and mortals discover that the mantle of power is more delicious and more terrible than anything they could have imagined.