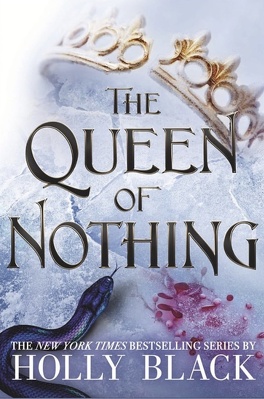 The Folk of the Air, Tome 3 : The Queen of Nothing

“Jude, you can't really think I don't know it's you. I knew you from the moment you walked into the brugh.”

Since I cannot imagine there is much in the human lands to interest you, I can only suppose your continued absence in Elfhame is due to me.

I urge you: Come be angry at a nearer distance.

“In my most wretched hours, I believe you will never come back.”

Not even responding to my missives is ridiculous and beneath you and I hate it.

"It was terrifying," he says, "watching you fall. I mean, you're generally terrifying, but I am unused to fearing for you. And then I was furious. I am not sure I have ever been that angry before."

"Mortals are fragile," I say.

"Not you " he says in a way that sounds a little like lament. "You never break."

"So you keep telling everyone," the Bomb says.

"But I am going to take out her stitches, and I don't think you want to watch that."

"I would," Cardan says, standing. "And perhaps one day I will." On the way out, his hand goes to my hair. A light touch, barely there, and then gone.

“Seelie and Unseelie, Wild Folk and Shy Folk, I am glad to have you march under my banner, glad of your loyalty, grateful for your honor.” His gaze goes to me. “To you, I offer honey wine and the hospitality of my table. But to traitors and oath breakers, I offer my queen’s hospitality instead. The hospitality of knives.”

I might have grown into something else, a High King as monstrous as Dain. Anf if I did - if I fulfilled that prophecy - I ought to be stopped. And I believe that you would stop me.