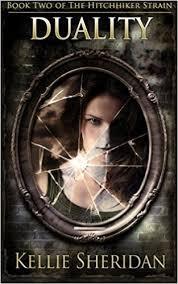 The end of everything came quickly, but the road back is endless and full of heartbreak. After months of only death and loss, Veritas may be the answer everyone has been searching for—a cure. Savannah wants nothing more than to begin rebuilding, but with both the Initiative and the United Militia vying for power, there are no easy answers. Ending the threat for good could mean becoming something far worse than the monsters she is fighting against. The infected will not go quietly. For Chelsea, the choice to step back into the world of the living is anything but simple. No miracle can erase the memories of the things she saw or the people she killed. While the girl she was struggles against the beast she became, Chelsea must make a choice—succumb or fight.