The Lunar Chronicles : The Little Android 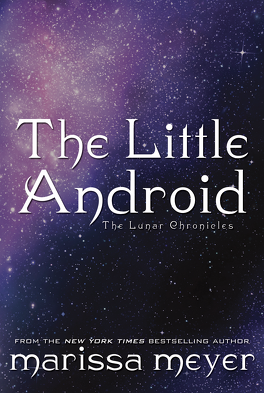 The Lunar Chronicles : The Little Android

The arm of the crane cracked against his head, the sound reverberating right into Mech6.0’s hard plastic shell. He was unconscious before his body fell into the oil vat below.

Miko screamed again, clinging to the walkway railing. The crane landed hard and one of the cables flew loose from the ceiling. The platform tilted to one side, but the remaining cables held.

Mech6.0 did not take the time to process the situation or calculate the best course of action—she was already rolling toward the containers. Around her, people yelled and machinery screeched and halted, footsteps thundered, and the rickety walkway trembled overhead. Someone called for a ladder or a rope, but Mech6.0 already had her magnets activated to collect the panel screws and with single-minded precision, she found herself climbing the side of the enormous tank,her grippers spread out against its metal sides, heaving her body upward. It was an awkward climb, one her body was not made for. Her treads banged against the tank and her arms flailed for every purchase. Her joints strained under her weight. But then she was hauling herself up onto the ledge that was just barely wide enough for her to stand on.

The vat of oil was black as the night sky without stars. Black and terrifying.

Mech6.0 tipped herself over and went in.

She sank fast, and though she immediately turned her sensor light on to full brightness, it did little to help her. Extending her arms as far as they would go, she searched the bottom of the tank, knowing that he was here somewhere, he was here, he was— Here.

She tightened her grippers and dragged her body toward him through the thick oil. It was seeping through her paneling now, blocking her input plugs, glugging into the charging inlet. But she had him.

She wrapped her arms around his torso and heaved him upward. He was heavier than she expected and it occurred to her that the bolts connecting her arms to their sockets may not hold, but she kept going. Finding the tank’s wall, she planted her prongs against the side again and started to climb.There was no light anymore, no senses at all but the sound of her grippers and the tread bumping into the wall and the pressure of his body pressing down onto her as she forced both of them up, up, up...

They broke through the surface. Sound crashed into her, more screams and gasps. Then someone was lifting his weight away and Mech6.0 barely managed to collapse sensor-faced down onto the tank’s ledge before her programming recognized self-destructive behavior and killed the power to her limbs.