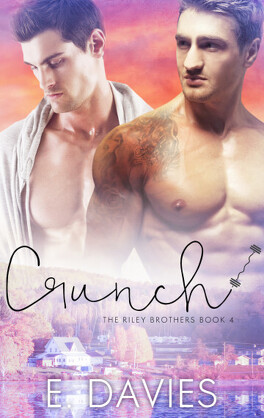 “I listened to you, years too late.”

“I don't have a right to complain.”

Tattoo artist Floyd Turner's faith in justice was destroyed when he was rookie cop. He struggled for a couple years with drinks and his own anger. He's long past that stage – now, he runs a tattoo shop downtown. But despite his fulfilling career, he's nervous about the upcoming high school reunion. Not having a date to bring there reveals his insecurity: he aches for something more. And then, when he thinks things can't get any more stressful, his former patrol partner walks in.

“These tattoos better make a difference.”

After his past caught up with him, cop Greyson Peters became a fitness instructor and moved back home. His old career was hard from the start, and he's always struggled to find a healthy outlet. He's slowly healing, pouring his energy into exercise, but he's still got unsightly scars he wants covered. It's hard to be a playboy when his self-confidence keeps taking hits. Worse yet, his family keeps pressuring him to get back into the force.

“I turned my pain outward, you turned it inward.”

With Floyd's family chasing him for a debt he's long since paid and Greyson struggling to find closure for the career he still misses, the two old classmates are drawn together sharing skills. Both men are openly gay now, and they slowly realize they could always be fake dates for the reunion. As their feelings strengthen, can they even hold out until the reunion to admit that they're both afraid of wanting more? And can they open their eyes and see the support all around them?