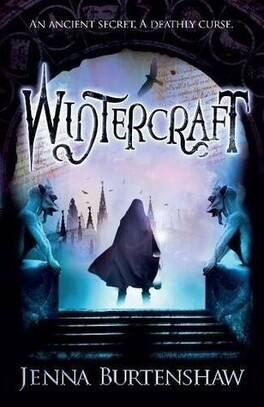 The Night of Souls—when the veil between the living and the dead is thinnest—is only days away.

The wardens have descended, kidnapping innocent citizens for their army, but looking for one in particular.

And fifteen-year-old Kate Winters has just raised a blackbird from the dead.

As her home is torn apart by the wardens, Kate's discovery that she is one of the Skilled—the rare people who can cross the veil between life and death—makes her the most hunted person in all of Albion. Only she can unlock the secrets of Wintercraft, the ancient book of dangerous knowledge. Captured and taken to the graveyard city of Fume—with its secret tunnels and underground villages, and where her own parents met their deaths ten years ago—Kate must harness her extraordinary powers to save herself, her country, and the two men she cares for most. And she'll make a pact with a murderer to do it.

Those who wish to see the dark, be ready to pay your price.