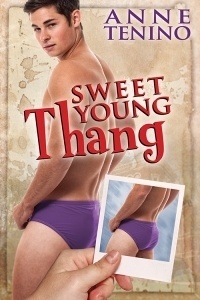 Thanks to Collin Montes, Theta Alpha Gamma now welcomes gay and bisexual students. Persuading his Uncle Monty, president of the TAG Alumni Association, that the open approach won’t adversely affect TAG’s reputation is Collin’s own first step toward coming out. As long as there are no repercussions, he’ll escape the closet by graduation.

Enter repercussions, stage left: someone rigs the TAG House water heater to launch through the ceiling, then plants a bomb—thankfully unsuccessful—in the fraternity’s basement. Now Collin has his hands full not only trying to convince his uncle that this might not be the work of homophobes, but also dealing with a fratful of brothers worried about their kegger fridge.

Paramedic Eric Dixon can’t stop thinking about the kid he met during a call at his former college fraternity house. The age gap between them is trumped by sexy eyes, so when Eric sees Collin again at the bomb scene, he pursues him. Soon, Eric is dreaming of being a househusband, fighting to keep Collin safe from whoever’s trying to destroy the fraternity, and helping his sweet young thang realize that repercussions sometimes have silver linings.