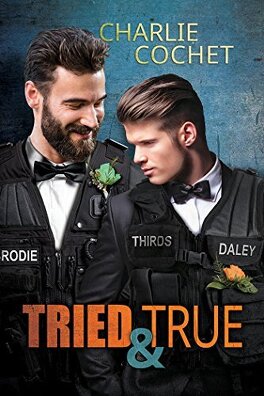 “Who’s most likely to get arrested for running naked down Fifth Avenue?”

Everyone pointed at Dex as they burst into laughter.

Dex flipped them all off, two fingers reserved for Calvin especially. “You can all bite me,” Dex said as he started lining up shot glasses.

Cael tilted his head to one side, thoughtful. “Didn’t you already do that?”

Dex’s eyes widened. Holy shit. He slid his glance over at Sloane, who was suddenly fascinated by whatever Cael had to say. Dex subtly shook his head, but his little brother promptly ignored him.

“Oh my God! You did,” Cael said, loudly. “When you turned thirty, and you took that trip to Europe. You were in Barcelona, and you got drunk.” Cael turned to the table. “He streaked naked through a highly populated area filled with tourists and locals, sporting nothing but a souvenir paper fan to cover his boy bits.”

The table erupted into full-blown laughter and catcalls. Sloane gaped at Dex, who busied himself taking shot after shot. “You got arrested for streaking in Spain?”

Cael let out a snort. “They never caught him. It was in Vegas that he got arrested.”

The girls were laughing so hard they were in tears, and Calvin was trying to ask him something but couldn’t breathe, much less speak. His friends were ass-hats.

“What did you do?” Sloane asked, poking Dex in his side. “Tell me. As your soon-to-be husband, I should know these things.”

Dex shook his head. Was this shot number seven or eight?

“He went for a swim in the Bellagio’s fountain,” Cael said with a snicker. “Dad had to go bail him out. But wait, there’s more.”