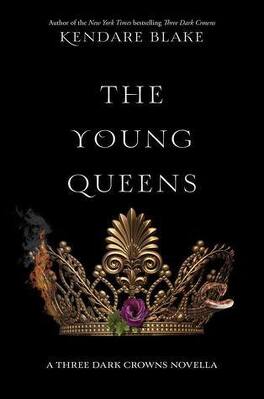 Mirabella, Arsinoe, and Katharine weren't always scheming to murder each other. They weren't always surrounded by rival foster families, each swearing to have their best interests at heart. And they weren't always afraid of being unexpectedly attacked—by one of their own sisters, no less—in a way that could cost them their last breath.

They used to be together. Just three sisters. Alone in a glen.

From birth to eleven years old, this is a rare glimpse of the queens' lives…before they were at stake.

« Camille clenched her jaw. She was still bleeding, and exhausted. For all she knew, she was slowly dying. But she willed herself to look strong. To look like the queen she was, for once.

“Mirabella will be queen. I can see that. Feel that. And she will be a great one. These other two will not survive long. Katharine’s gift is so weak, it will never fully quicken. And Arsinoe . . . Another poisoner queen will not sit the throne. But if the Arrons have a gifted poisoner, they will make her suffer. Training and belittling. Beating her when she gets it wrong. Like they did to me.”

“And what would they do with Queen Katharine?” Willa asked.

She looked down at little Katharine. The child was doomed already. “Change the queens’ gowns, Willa. So they are right. »