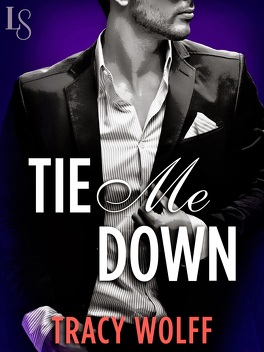 As the only woman on her homicide squad, Genevieve Delacroix maintains a tough-as-nails attitude that keeps men at arm?s length. She never gives into her secret fantasies?until she meets a mysterious stranger who teaches her how little control she really has?over her mind and her body.

Cole Adams arrives in New Orleans believing star investigator Genevieve is his last hope for solving the murder of his younger sister. He just doesn?t expect the hard-assed detective to look like a blond bombshell. Once he breaks through her inhibitions, he soon finds an unexpected obsession?driving Genevieve right to the edge of desire, and beyond?

But when the serial killer who has been terrorizing the streets of the French Quarter sets his sights on Genevieve, the lovers realize they?ve both let down their guard. And losing control could have fatal consequences?