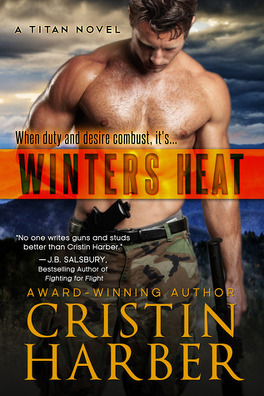 A WOMAN ON A MISSION

After putting her life on the line to protect classified intelligence, military psychologist Mia Kensington is on a cross-country road trip from hell with an intrusive save-the-day hero. Uninterested in his white knight act, she’d rather take her chances without the ruggedly handsome, cold-blooded operative who boasts an alpha complex and too many guns.

AND THE MAN SENT TO STOP HER

Colby Winters, an elite member of The Titan Group, has a single objective on his black ops mission: recover a document important to national security. It was supposed to be an easy in-and-out operation. But now, by any means necessary becomes a survival mantra when he faces off with a stunning woman he can’t leave behind.

MUST PARTNER TO SURVIVE

When Titan’s safe houses are compromised, Colby stashes Mia at his home, exposing his secret—he’s the adoptive father of an orphaned baby girl. Too soon, danger arrives and Mia lands in the hands of a sadistic cartel king with a taste for torture. As hours bleed into fear-drenched days, Colby races across the globe and through a firestorm of bullets to save the woman he can’t live without.

“I don’t know what to tell you. And you haven’t said much. So let’s start simple. Do you want me to let go of your hand?”

His heart thumped in his chest. Once. Twice. If she didn’t respond soon, he’d punch out of this conversation with more than a little wounded pride.