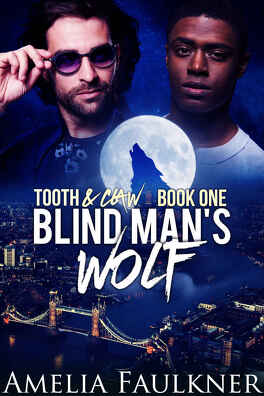 A night-blind vampire. A werewolf with lousy self-confidence. And a whole hell of a lot of danger...

Ellis O’Neill is an art dealer with too many problems: his eyesight has deteriorated to the point of night-blindness; he’s estranged from his family, to whom he owes a considerable sum of money; and his guide dog went right off him the night Ellis died. Without his dog, Ellis is trapped in a life bouncing between home and work, dependent on his personal assistant.

Werewolf Randall Carter has problems of his own. He loves his pack, he really does, but as their Omega he’s always the one to bear the brunt of their rage. It’s a role he can’t avoid, and Randall isn't sure he can take it for much longer, so he buries himself in his day job. Randall’s the best dog trainer in the city, and when he’s offered a client who needs him to work evenings he’d be a fool to turn it down.

Soon Randall is falling for someone he should despise. Everything about the undead is anathema to his kind, but Ellis is exactly the kind of guy Randall would want to ask out on a date – if he were still breathing. Worse, they may not have too long to figure their feelings out. Someone or something is gunning for Ellis and anyone else who gets in the way; they won’t rest until the vampire is destroyed.