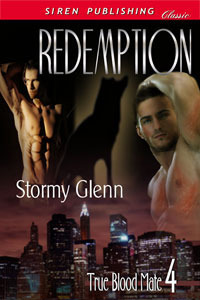 Rogan Owens lives a life of secret misery. Three years ago, he lost his mate, who couldn't come out of the closet and acknowledge their bond. He's suffered in silence ever since, taking over as alpha of his mate's clan.

Rogan is overjoyed when he discovers Julian alive. He has so many questions. Where has Julian been? What are the long scars on his body? Most importantly, why is Julian running away from him?

Rogan finally comes to accept that his mate will never want him, only to have Julian decide it's time to come home.

But someone else doesn't want Julian and Rogan reunited, even if it means Julian's death for real this time. Between keeping each other safe and trying to solve the mystery of who wants Julian dead, they barely have time to learn to love each other. Will what they feel for each other make them stronger or be their downfall?