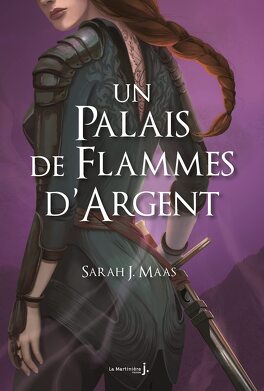 "Glad to see you woke up ready to play, Nesta."

Azriel's mouth curled up at the corner.

"I hope you're not giving my brother a hard time."

She set down her teacup.

"Is that a threat, Shadowsinger?"

Cassian took a long drink from his own tea. Drained it to the dregs.

Azriel said coolly, "I don't need to resort to threats."

The shadows coiled around him, snakes ready to strike.

Nesta gave him a smile, holding his stare. "Neither do I."

Never again would she be weak.

Never again would she be at someone's mercy.

For a long moment, Nesta and Cassian wtached each other. The wind ripped at his shoulder lenght dark hair, but he might have been standing in a summer field for all the reaction he yielded to the cold. So much sharper up here, high above the city. It was all she could do to keep her teeth from chattering their way out of her skull.

Cassian finally said, "You'll be staying in your old room."

As is she had any sort of claim on this place. On anywhere at all. He went on, "My room is a level above that".

"Why would I need to know that ?" The words snapped out of her.

He began walking toward the glass doors that led into the mountain's interior.

"In case you have a bad dream and need someone to read you a story", he drawled, a half smile dancing on his face. "Maybe one of those smutty books you like so much."

Azriel chuckled. "You two need a chaperone up here?"

Cassian stepped in before things went south. “All right. Let Lady Death get some rest.”

Cassian winked, even as the others tensed. “I think it’s catchy.”

"Cassian knew the waltz, had watched and danced it for centuries. Knew its last half minute was a swift frenzy of notes and rising grand sound. Knew most dancers would keep waltzing through it but the brave ones, the skilled ones would do the twelve spins. The female blindly turning with one arm above her head rotated again and again by her partner as they moved across the dance floor. To spin was to risk looking the fool at best, to eat marble at worst. Nesta went for it. And Eris went with her. Eyes blazing with feral delight. The music stopped into its crashing finale. Drums striking, violins worrying and the entire room straightened. Eyes upon Nesta, this once human female who had conquered death, who now glowed as if she had devoured the moon."

“I don’t know what you’re talking about.”

“Ask me why I vanished for nearly a week after Solstice. Why I suddenly had to do an inspection right after a holiday.”

“It was because I woke up the next morning and all I wanted to do was fuck you for a week straight. And I knew what that meant, what had happened, even though you didn’t, and I didn’t want to scare you. You weren’t ready for the truth—not yet.”

“Say it,” Cassian snarled. People gave them a wide berth. Some outright turned back toward the direction they’d come from.

His face shuttered with rage even as his voice became calm. “Say it.”

She couldn’t. Not before he’d ordered her to, and certainly not now. She wouldn’t let him win like that.

“Say what I’ve guessed from the moment we met,” he breathed. “What I knew the first time I kissed you. What became unbreakable between us on Solstice night.”

“I am your mate, for fuck’s sake!” Cassian shouted, loud enough for people across the river to hear. “You are my mate! Why are you still fighting it?”