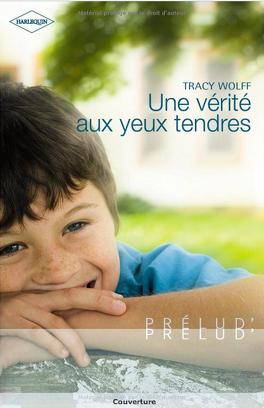 As he looked over Paige's son, Logan felt his entire body tensing, readying itself for battle even as he told himself that it couldn't be. That he had to be mistaken. That Paige wouldn't have his child without telling him.

The words circled his brain over and over again, a particularly ineffectual mantra. Because even as he was talking to himself, even as he was trying to convince himself that he was wrong, that he was making a huge mistake, he knew that he wasn't. This child-- this handsome, lively eight year old boy with the silver eyes and small birthmark on his right cheek-- was his son and he didn't even know the kid's name.

The realization was a blow that nearly brought him to his knees. Shock and sorrow warred within him, followed by the beginnings of a rage so powerful it made him shake.

His child had existed in the world for eight years and he hadn't known.

His child had grown and laughed, hurt and played, for eight years and he hadn't known.

He turned dazed, furious eyes back to Paige. "Why didn't you tell me?" He didn't bother with pleasantries, didn't even try to hold back the question that was burning inside of him.

She raised one cool, blond eyebrow, smiled serenely as if the same meeting that had just blown his world to hell and back had barely affected her.

"I did tell you. You just chose not to believe me."

That was it. No explanation, no plea for forgiveness, no acknowledgement of guilt. Just eleven words that did nothing to lower his blood pressure.

"No milkshake today." She cut him off in mid-sentence, which was probably a good thing considering the word he'd been about to say, turned to her son, their son, and said, "We'll get one next time. We need to get back soon or Aunt Penny's going to send the cavalry after us."

"That's a good point-- and even more of a reason for us to head home. Can you imagine a tank rolling down Main Street?"

"That'd be cool! Do you think it would point its big gun at the diner?"

"I can only hope." With that cryptic comment, Paige stood, not even bothering to wait for the check. Instead, she dropped some money on the table and began herding her child toward the door.

She'd almost made it to the front of the diner before he regained the power of thought. Of speech. "What's his name?" he demanded, loud enough for the whole damn restaurant to hear. Not that he cared. Worrying about what others thought seemed worse than stupid when he was watching his child walking away from him without a backwards glance.

She turned then, and for the first time he realized she was fairly vibrating with the same anger that was whipping through his own system. "None of your damn business."

And then she was gone, leaving behind a silence so complete that the slamming of the door echoed like a gunshot.