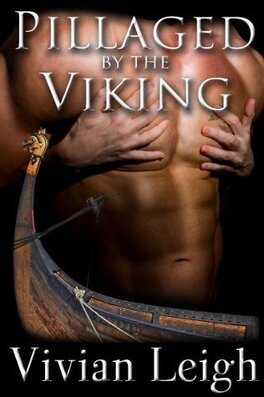 When the marauding ship of blonde Vikings sacks Eliza's village, she knows her fate even as they drag her onto their ship. One by one the women of her village are tied to the masked and forced to satisfy the entire crew, but Eliza's turn never comes. When she reaches the Viking village, she's taken to the chief's longhouse, and learns that her fate may be much worse just a shipload of men--if she can't satisfy the chief, she'll be thrown to the mercy of the entire village!

Special note to readers: This story and the two sequels are now included in the specially priced novella, Viking Bride. The novella also includes a final chapter in Eliza and Regnar's stirring tale.