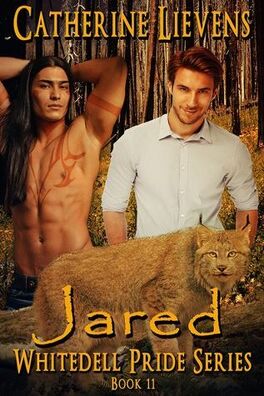 What you are doesn’t determine who you are.

Jared didn’t expect to find his mate, but he is overjoyed when he does, even if Chogan is a wendigo. When Chogan doesn’t recognize Jared as his mate, Jared is hurt and he pushes Chogan away without telling him about the bond between them, thinking it’ll all end there. He hasn’t taken in consideration one of their friends spilling the beans, though.

Chogan is a wendigo and wendigos don’t have mates, and most of all, they don’t have love, so he’s both surprised and elated when he finds out Jared is his. Now that he has a chance at a happily ever after, he’s not going to let Jared go, even if he has no idea where to start.

The two of them work to get over their awkwardness and doubts, but just as they manage to get closer, Chogan’s recent past comes back to get him. He knows the pride will protect him, but can he risk his mate’s life to save his own?