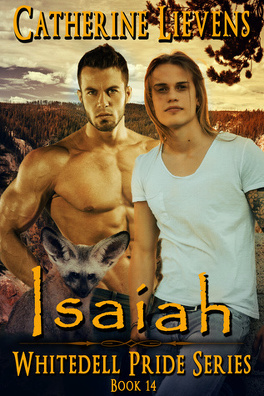 Does being mates really mean a guaranteed happy-ever-after?

Isaiah already has enough problems in his life without adding a new one—his mate. The man Fate chose for Isaiah isn’t just any man, no. It’s the man who kidnapped Jamie for the Glass Research Company, the man Dominic kept locked up for a year. And now he’s out and living with the pride, eating with them and sleeping in the room next to Isaiah’s.

John knows he’s lucky. Dominic could have killed him for what he did, but the lion shifter gives him a second chance instead, and John isn’t about to waste it. He’s not all that comfortable around shifters yet, but it’s not like he has to like them. Even if he finds out he’s a shifter’s mate.

As if things weren’t already difficult enough, Isaiah has to go home and leave John behind. Will John come and help when Isaiah’s house is attacked? Will Isaiah finally realize he can’t live his life for his mother? And even if he does, will John take him back?