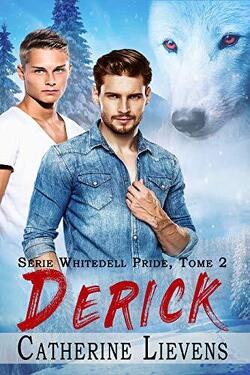 Sometimes the best thing that can happen to someone happens in the middle of a crisis.

Derick is running from his pack, his family. He has to, if he wants to save innocent people. His Alpha is planning an attack on the Whitedell Pride, and he can’t let it happen. Sure, he knows he will probably have to pay a price for his betrayal, but he is ready to do it. He hadn’t thought his price would be a good one, until he finds his mate in the pride.

Nate is the pride’s Beta, and as Beta, he has to follow the unspoken rules that exist in the shifter community. He wasn’t looking for a mate, and he certainly didn’t think his mate would be a wolf shifter. Not that he has anything against wolf shifters, but this one brings way too many problems with him.

Derick’s Alpha knows what he has done, and he plans to make him pay. When Derick is kidnapped, Nate has to decide if he wants to play by the rules and risk his mate, or if he’s going to save Derick, risking a justified attack from the pack.