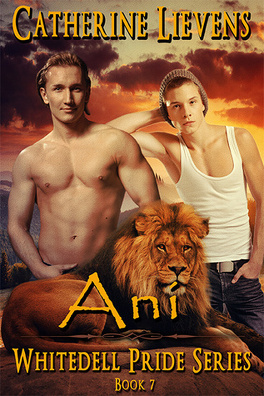 It’s hard to finally get over hurt and fear and decide to embrace life again.

Ani’s life hasn’t been easy. He’s been under the thumb of his tribe’s second for all his life, and it has left him thinking he’s broken and soiled. So why did Fate decide he would be the best mate for the Whitedell pride’s Alpha? Ani knows he’s not good enough, and he avoids his mate as best as he can.

Dominic doesn’t care about what happened in Ani’s past, he just knows he wants the man to be his. He knows he’s going to have to fight Ani every step of the way, but he’s as stubborn as they come, so it doesn’t scare him. Dominic has to convince Ani that he wants him, but he also has to work on a council that will rule shifters and fight against the Glass Research Company.

As if Dominic didn’t have enough problems, a man appears and shakes his budding relationship with Ani. Will their mating be able to survive all the obstacles they’ll have to brave?