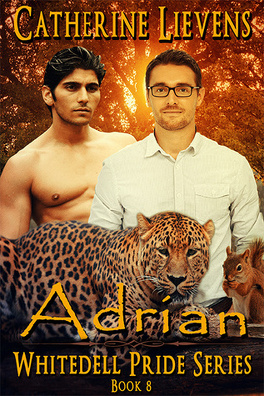 Sometimes you have to sacrifice everything for family.

Adrian is a geneticist for the Glass Research Company. He’s the one who has been turning humans in shifters, but he did it only to save his brother, even if he knew it was a horrible thing to do. The company kidnapped him, and Adrian hasn’t seen him in nearly two years. Thinking Gabriel is probably dead, Adrian decides to run away from the company and turns to the only people who can help him—the Whitedell Pride.

Joshua has known Adrian was his mate for months, but he doesn’t want to mate someone who experimented on humans and shifters alike, not after what happened to his sister thirty years agoearlier. Still, when Adrian is in danger, Joshua knows he’ll help him.

What will Joshua do when another shifter steps in and decides he wants Adrian? Will he let Soren have his mate, or will he finally realize that Adrian is his?